If you are looking for a guaranteed way to maintain meaningful instruction while still engaging all of your students this October, you should try a project-based learning activity.  Project-Based Learning (PBL) activities have many inherent qualities that lend them to being excellent holiday activities.  When kids tackle a project-based learning task, it gives them an opportunity to work collaboratively, think… END_OF_DOCUMENT_TOKEN_TO_BE_REPLACED

After I had been implementing STEM challenges into my classroom instruction for some time, I wanted to understand how to know if my STEM instruction was actually effective.  What did STEM instruction that really work actually look like?  After really spending some time thinking about this, reflecting on my classroom, and watching some fantastic teacher friends, I settled on five… END_OF_DOCUMENT_TOKEN_TO_BE_REPLACED

1.  Student Work is Saved Automatically Since I started teaching in 2001, a common issue that has come up time and again in my classroom is student work going missing.  I wish I had a dime for every time I have had a student tell me they completed an assignment, but it has since been misplaced.  In addition, as computers… END_OF_DOCUMENT_TOKEN_TO_BE_REPLACED

If you are anything like me you have way too much time on your hands, you have no problem teaching everything you are asked to teach and you just wish you would be given a few more things to fill up your lesson plan.  Okay, now that I am done laughing hysterically I will try to be serious.  If you… END_OF_DOCUMENT_TOKEN_TO_BE_REPLACED

This year I have been working on incorporating new ways to engage my students during our literacy block.  If your classroom is anything like mine, you have some students who are chomping at the bit to dive into a book or compose their next piece of writing.  You probably also have others that just the knowledge that literacy block… END_OF_DOCUMENT_TOKEN_TO_BE_REPLACED

Your Kids Will Beg to Write This Fall During the crazy fall months, I look for any way to keep my student’s minds engaged.  One of the ways I do this is through Wacky Writing!  I want my kids to love writing and to look forward to opportunities to write! I have found that my students beg, time and again,… END_OF_DOCUMENT_TOKEN_TO_BE_REPLACED

Are Word Search Puzzles a Waste of Time? With the important and increased focus in the last decade on increasing rigor in the classroom, many teachers and administrators have argued that word search puzzles have no educational value. They often claim that they do not promote the higher order thinking skills we are working to instill in our students.  Some… END_OF_DOCUMENT_TOKEN_TO_BE_REPLACED

It’s that time of year again!  Halloween is almost here. Kids everywhere are picking out their costumes and gearing up for the fun-filled day!  During October, as Halloween approaches, kids and adults alike with be thinking about ghouls, witches, black cats, and of course bats! Because of this, I have found there is no better time of year to capture… END_OF_DOCUMENT_TOKEN_TO_BE_REPLACED

In today’s classroom, where everything seems to be driven by standards and test scores, I sometimes find it hard to find the time to spend with my students learning about different character qualities and life lessons that, arguably, are more important lessons to learn than some of the ones we are required to teach.  As a history lover, I look… END_OF_DOCUMENT_TOKEN_TO_BE_REPLACED 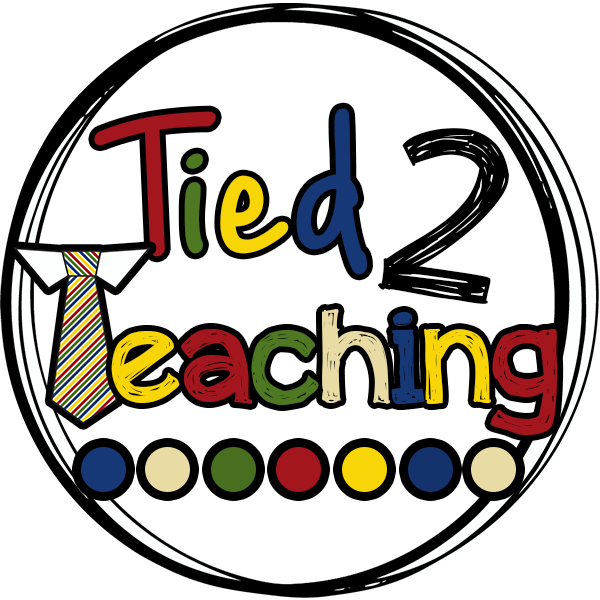 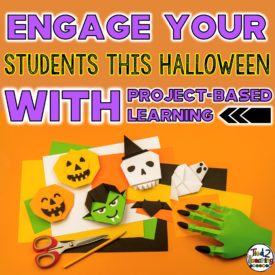 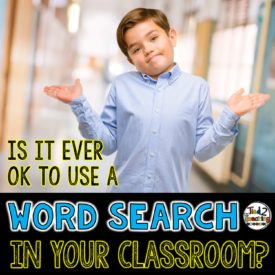 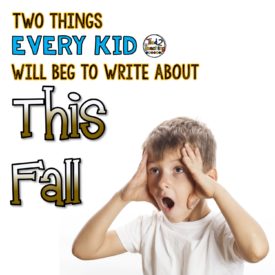 In honor of Veterans Day, please consider having your students send encouraging letters to our soldiers!
amillionthanks.org/letter/ ... See MoreSee Less

Send A Letter | A Million Thanks

We collect and distribute millions of letters of thanks and support and send them directly to our active, reserve, and veteran military.  Letters Sent letters in time for the holidays CHRISTMAS LETTER DEADLINE – DECEMBER 1ST   All holiday letters for our troops need to be received by November ...
View on Facebook
·Share

Teachers, you are amazing and your role is so very important. Don't forget that the burdens these students carry into our classroom can be safely unloaded and left behind. Let's make this school year the best one yet!!This starts my 22nd year of teaching middle school. Yesterday was quite possibly one of the most impactful days I have ever had.

I tried a new activity called “The Baggage Activity”. I asked the kids what it meant to have baggage and they mostly said it was hurtful stuff you carry around on your shoulders.

I asked them to write down on a piece of paper what was bothering them, what was heavy on their heart, what was hurting them, etc. No names were to be on a paper. They wadded the paper up, and threw it across the room.

They picked up a piece of paper and took turns reading out loud what their classmate wrote. After a student read a paper, I asked who wrote that, and if they cared to share.
I’m here to tell you, I have never been so moved to tears as what these kids opened up and about and shared with the class.

Things like suicide, parents in prison, drugs in their family, being left by their parents, death, cancer, losing pets (one said their gerbil died cause it was fat, we giggled) and on and on.

The kids who read the papers would cry because what they were reading was tough. The person who shared (if they chose to tell us it was them) would cry sometimes too. It was an emotionally draining day, but I firmly believe my kids will judge a little less, love a little more, and forgive a little faster.

This bag hangs by my door to remind them that we all have baggage. We will leave it at the door. As they left I told them, they are not alone, they are loved, and we have each other’s back.
❤️ I am honored to be their teacher.

History and the ingenuity of people are so fascinating!! I’m thankful for those who have been willing to try something new!This photograph shows the devastated city of San Francisco one month after the April 1906 earthquake. It’s high resolution, so you can enlarge it and look around.

Perhaps you’re wondering how photographer George R. Lawrence was able to get an aerial photograph in 1906? He managed it using KITES of all things.

From the deck of a ship in the San Francisco harbor, Lawrence used 17 kites linked with piano wire to lift, maneuver, and control his 49-pound camera 2,000 feet above the city. He used a spring-operated shutter that he triggered from the ground by current from a battery that activated a magnet coil in the camera to take the picture.

This photograph made Lawrence famous, even though some skeptics thought it was a fake simply because they didn’t believe the improbable feat of using a ship and kites to get this angle…. But if you blow up the image you can even see people moving around in the rubble. This photo was no fake, and it is as remarkable now as it was then. ... See MoreSee Less

Check my stories for the link! FLASH FREEBIE alert

Some people leave a legacy bigger than than the nu

Who had a Halloween Party today? #teachersofinstag

Help your kids write with a smile this week! LINK

Kids love being a part of the process! Link In Bi

How do you recognize cultural heritage in your cla